Posted by Arushi Sachan on June 15, 2017 in ASIA, WITH EXTRAORDINAIRES |2 Comments

A Nepali Mountaineer, Kazi Sherpa, defied all odds, as he set forth for a record breaking journey – to climb the highest peak in the world aka the Mount Everest (8,848 m) in only 20 hours and 24 minutes without supplemental oxygen.  As I spent my last day in Pokhara, Nepal after having climbed two mountains on the Annapurna Circuit, I took the opportunity of visiting the International Mountain Museum. The whole visit seemed even more auspicious as it was The Mount Everest day, the day Sir Edmund Hillary and Tenzin Norgay became the first ever summiteers of the mighty Everest in 1953, 64 years ago.

A little talk was given by a very down-to-earth man standing behind the podium at the assembly room. It hit me – I was listening to KAZI SHERPA, or ‘SPEED KAZI’, the 2000 Guinness World Record setter of the fastest Everest climber. Every nerve in my body lit up with excitement and I couldn’t help myself but ask to borrow a fraction of his time and interview him about his extraordinary journey. Believe me, get some tea or popcorn before reading this one, it’s totally worth your 10 minutes!

What makes you, YOU, Mr.Kazi?

“My name is Kazi Sherpa, and climbing is my life’s calling. I have summited many mountains out of which eight were above 6000 m. I was in fact born on the foothill of the Mount Everest in Solukhumbu. Growing up, I saw people going for the Mount Everst expedition and it grew in me to do the same. I could never go to school since I was a Yak herderer in our family farm. I didn’t like what I did so I rebelliously left home when I was 14 to start climbing Mt. Lang tang (7,205 m). Lets just say that this is where my journey began. ”

Kazi was only 19 when he first tried summiting Everest. Unfortunately, his attempt failed but his zest never did. So he tried over and over, until one day, on his fifth attempt, he not only made it to the top and back, but also did it faster than any human being on the planet!

Can you lay out your experience in detail for us – What were the thoughts that crossed your mind throughout that day as you were climbing?

“I didn’t focus on many things, except my ambition to make a record. The only thoughts that crossed my mind were about where I had to be, at what time and how exactly. But most of all, through my entire journey, I was praying to God.”

You connect your journey with ‘prayers to God’. Can you explain how climbing the Everest could be a spiritual journey?

“Our two main belief systems are Buddhism and Hinduism. We believe in and worship the Gods and Goddesses (as in hindu polytheism) very much. For most people who are unsuccessful in their expeditions, it is assumed that they have sinned, for example having sex with someone who isn’t their vowed partner. It is believed that the Mountains are so sacred, that they know, and they punish you for your wrong deeds.

For instance, this once I was climbing with a Korean expedition team in 1995, and I found out that they came from the Tibet side and carried a dead dog with them to eat. The next thing you know, a huge block of ice fell on them and and all except two died. That was clearly because they were disrespectful towards our religion. I thank God that I could summit the Everest.

A famous superstition is the signaling of crows. Crows are quite big in Tibet and it is believed that if a crow takes three rounds near an area, that is a warning from nature of an avalanche.”

Were you always this spiritual? Did you come across any intuitive signs yourself?

“No, I wasn’t a regular worshiper, but climbing the Everest is like visiting Lord Ganesha’s (Hindu Lord of obstacles) house. So I asked for strength in the form of prayers and got signs from the nature in return. Whenever I had nightmares, it immediately came to me that the day would be a rough one to climb. One time, I saw a lady in front of me, but the next moment, she vanished. When I was sleeping in the tent, I would also hear some noises of people moving around me outside, but no one seemed to be there, and no footsteps on the snowy ground when I checked in the morning. ”

Did you maintain a journal or record your journey in any form?

“I had recorded my voice through the day’s climb, but unfortunately there was a flood at my home later on October 6, 1998, and my recording device and camera was damaged.”

Do you know anything about the Everest that people wouldn’t know – what isn’t so much in the mainstream media?

“There is one such thing that many don’t know – In 1953, 12 years before Hillary and Tenzin climbed the Everest, a man named George Mallory tried to summit it. His body is on 8,500 m and is still intact ant frozen. A letter by his wife was also found in his pocket by a group of researchers in the US that I do not know the details of. This mystery has the ability to change history. However, we also have found records of E.Hillary saying that a true summiteer isn’t one who makes it to the peak, but is one who is also able to make it back to the base camps safe and sound.”

Would you like to leave a message for the future climbers?

“Yes, people should climb for greater good of the whole globe, not for individual interest. For instance, light should be thrown upon bigger causes like awareness programs about the dead bodies, pollution and little oxygen that there is while climbing. Climate change is another big one.” 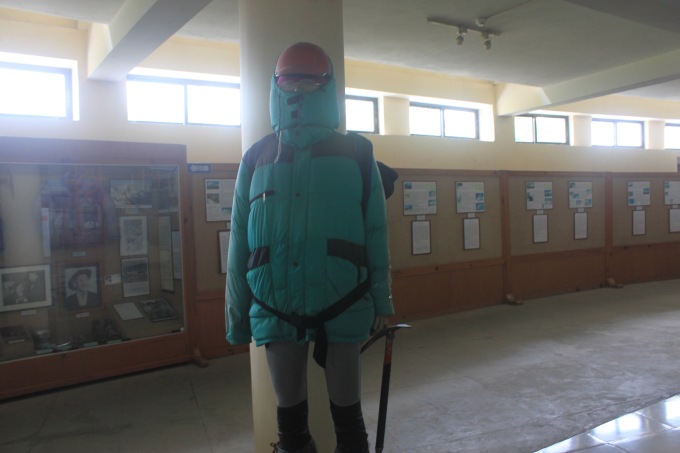 Nobody has been able to break Kaji Sherpa’s record till date and to this he smirked showed us how keen he is for someone to break his record and for a good cause. He also said that he dedicates his record to his ‘Apna Rajya’ which means his nation and Nepal is obviously very proud of him for that! 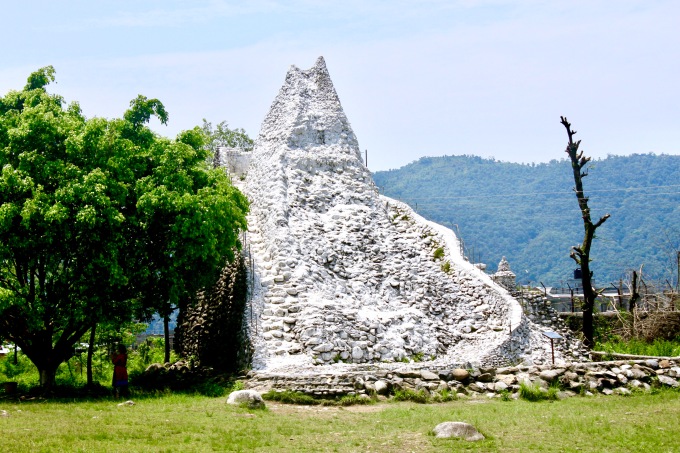 *All the pictures in this post are original and subject to claimed but not legal copyrights. The cameras  used to capture these pictures are Canon EOS 50D and iPone 7. For more information, contact me via email or leave your comments in the section below. Please feel free to provide feedback or just share your thoughts!  🙂